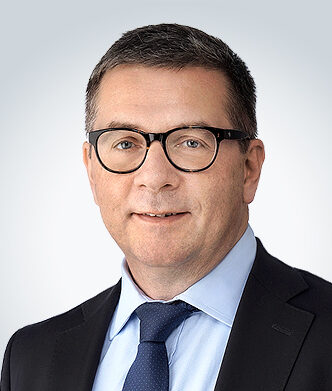 Lars Skanvig is a partner and head of our Insolvency Law and Restructuring team.

In recent decades, Lars has had a central role in many of the largest and most complex bankruptcies and restructuring proceedings in Denmark.

Lars has built up significant and in-depth knowledge of all types of insolvency proceedings – from compulsory dissolution initiated by the Danish Business Authority, notified suspensions of payments and subsequently notified restructuring proceedings, compulsory compositions, voluntary arrangements and proper bankruptcy proceedings with or without the business transfers.

Lars is appointed as a permanent trustee at the Maritime and Commercial High Court in Copenhagen, including in debt restructuring proceedings. He is also a member of the panel of lawyers appointed by the Danish Debt Collection Agency. Lars was chairman of Kuratorforeningen (the Danish Association of Trustees) from 2007 to 2013, and he has been a member of the board of Danske Insolvensadvokater (an association of Danish insolvency lawyers) for more than 10 years.

The leading international rating agencies Chambers, Legal 500 and IFLR1000 continuously rank Lars as a leading individual with respect to insolvency and restructuring.

As a partner, Lars has been a key figure in the continued development of our market-leading insolvency team which in recent years has focused on optimising processes by introducing new digital solutions and additionally strengthening the close cross-disciplinary collaboration with Plesner’s other specialist teams on specific cases in order to create as much value as possible for clients.

Plesner‘s restructuring and insolvency team is regularly involved in large-scale issues that have complex banking and finance aspects, and counts major Danish and international banks, investors and other creditors on its client roster. Practice head Lars Skanvig has extensive experience in handling distressed financial engagements and is chairman of the group of Insolvency Lawyers of the Court. ‘Dedicated insolvency expert’ Michala Roepstorff is also recommended. Mandates involving digitised assets, such as blockchain technology, is a new area of focus for the group.