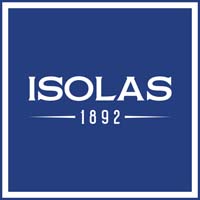 After completing her training at Trade Union law firm O.H. Parsons, and thereafter largely practising in the area of employment law at the London branch of regional law firm Lyons Davidson Solicitors, Samantha joined ISOLAS in the Autumn of 2003. In March 2014 Samantha was invited to join the Isolas partnership and is now looking forward to the new aspects which will be brought to her role as a result.

At ISOLAS Samantha continues to work extensively in the area of employment law undertaking both contentious and non-contentious work largely representing Gibraltar employers ranging from small local companies to large private banks and to gaming companies.

Samantha also involves herself in providing training to a variety of local companies on all aspects of employment law issues and sits as the Chairperson of the Medical Appeal Tribunal.

Alongside her employment work Samantha forms part of the thriving and expanding property department where she acts on a range of matters in relation to some of the largest commercial developments in Gibraltar providing support including negotiating commercial leases and advising on a variety of commercial agreements.

Further, she has developed a busy Intellectual Property department, the clients of which are located worldwide, and as part of this practice attends to the general upkeep of Gibraltar trademarks and patents but also regularly liaises with the UK Patent Office.

The Law Society of England & Wales with a current UK practicing certificate. Enrolled as a solicitor of the Gibraltar Bar

After completing her training at London- based trade Union law firm O.H. Parsons, and thereafter largely practising in the area of employment law at the London branch of regional law firm Lyons Davidson Solicitors, Samantha joined ISOLAS in 2003. In March 2014 Samantha joined the ISOLAS partnership.

Much of Samantha’s leisure time is taken up by her two horses.