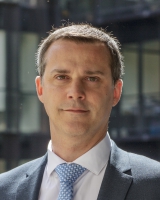 Olivier Bernardi is a partner within Gide’s Banking and Finance practice group in Paris. He specialises in banking and finance law, with particular focus on financial services.

Olivier advises credit and financing institutions, as well as investment firms, payment institutions and electronic money establishments on the legislation and regulations applicable to their activity. He assists and represents these financial bodies in dispute proceedings before the French supervisory authorities (French Prudential Supervision and Resolution Authority (ACPR) and French Financial Markets Authority (AMF)), as well as before ordinary courts of law.

He has extensive expertise in payment systems and services, and works with a number of companies in the sector.

He is regularly involved with the French (Ministry of Finance, ACPR, AMF) and European authorities (European Commission, European Parliament) as regards the drafting of banking and financial regulations, or certain specific topics.

Gide Loyrette Nouel A.A.R.P.I. offers the full range of expertise. The firm has a strong practice advising French and international companies on the conduct of internal investigations, often in the framework of international bribery, fraud and terrorism financing allegations. Banks and companies regularly instruct the practice to advise on the setting up of French anti-corruption programmes and on AFA-audits. Finally, the team has strong know-know in anti-money laundering, an expertise widely used by French and international banks. The practice is co-headed by Bruno Quentin, Jean-Philippe Pons-Henry, Sophie Scemla and Olivier Bernardi.