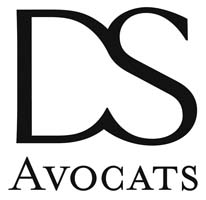 Based in Singapour since 2014, Olivier Monange has been working in Asia for more than 30 years. He opened the first French law firm in China in 1986 and was involved in negotiating the first joint venture contracts under Chinese law. Based in Beijing from 1994 to 2000, Olivier has advised many European companies on their strategies for establishing and operating in China, and has participated in several arbitrations.

He was the vice-president of the French Chamber of Commerce in China between 1996 and 2000. In 2001, he was appointed head of the International Department at DS Avocats, where he worked to develop the firm in Asia, including the Singapore office in 2004 and the Indian and Indonesian Desks, as well as the Asian client base, including Chinese, Japanese, Korean and Indian clients. French foreign trade advisor between 2001 and 2013.

He regularly acts as counsel and increasingly as an arbitrator in Asia-related arbitration cases.

Olivier Monange was the French Trade advisor appointed by the French Prime Minister between 2001 and 2013.