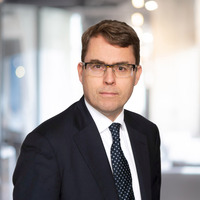 Christian Bendiksen is a Norwegian lawyer and British solicitor with a master’s degree in French and specialisation in artificial intelligence and big data streams. Due to his international experience, he is in high demand for international contract negotiations, where he advises Norwegian export companies on export control, understanding contracts and negotiation techniques, and he also helps foreign companies learn how to achieve good results in Norway.

Christian is one of the leading lawyers in the areas of artificial intelligence, big data streams, neural networks and IoT. He regularly gives lectures on these topics for the Norwegian School of Economics (NHH) and the University of Oslo, as well as for foreign clients and chambers of commerce. He has in-depth knowledge of lawtech and has advised foreign legal networks on this topic.

2005 – Qualified as Solicitor in England & Wales
2001 – Lawyers practicing certificate
1999 – Master of Laws, University of Oslo
1998 – Master in EU-law and French private law from the University of Tours

The ‘professional‘ team at Brækhus Advokatfirma DA is well versed in handling a wide range of complex technology transactions and IT contracts. Other notable areas of strength include disputes and public procurement mandates, particularly in relation to the development of cloud services. Practice head Christian Bendiksen is an AI specialist, Stein E Hove is ‘a great strategist and a valuable adviser‘, and Brede A Haglund is an expert in data protection and commercial contracts. Senior associate Alexander Mollan garners praise for his ‘very strong knowledge and business understanding, and perfect guidance on both a strategic and tactical level‘.