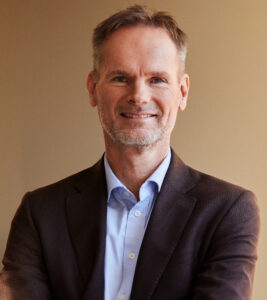 Erlend Balsvik has extensive experience in transactions and corporate restructuring, especially within industries such as information and communication technology, construction, renewable energy, and real estate.

He has assisted with the completion of several mergers and acquisitions of small and medium sized companies. In Mergermarket.com’s statistics he is credited as leading legal counsel in more than 20 transactions in recent years. He has also assisted a wide range of companies with preparation for sale and/or capital injections.

Erlend has experience from litigation and has argued several company law cases before the courts in the last few years. Specifically, he has worked on cases relating to board liabilities and rights.

Erlend regularly gives talks and seminars on different topics, such as the seminar M&A – acquisition and sale of companies. He has also published several articles on company law, board liability, technology, and intellectual property law. Recently he also published a series of articles in the Norwegian certified auditors’ magazine “Revisjon og Regnskap” about co-ownership and incentive schemes.

He also has experience as board chairman and leads several committees, such as the control committee for Kredinor Finans AS. Erlend also assists banks and financial technology companies in questions relating to regulatory framework conditions.

Bull & Co Advokatfirma AS‘ practice is home to a team of ‘experts within insurance’. Department head Runar Hansen is ‘one of the absolute best lawyers within Norwegian insurance law‘, and regularly represents large insurance and financial services companies in litigation. Nils Henrik Varmann Jørgensen is recognised for his expertise in handling liability issues, and Erlend Balsvik focuses on regulatory matters.