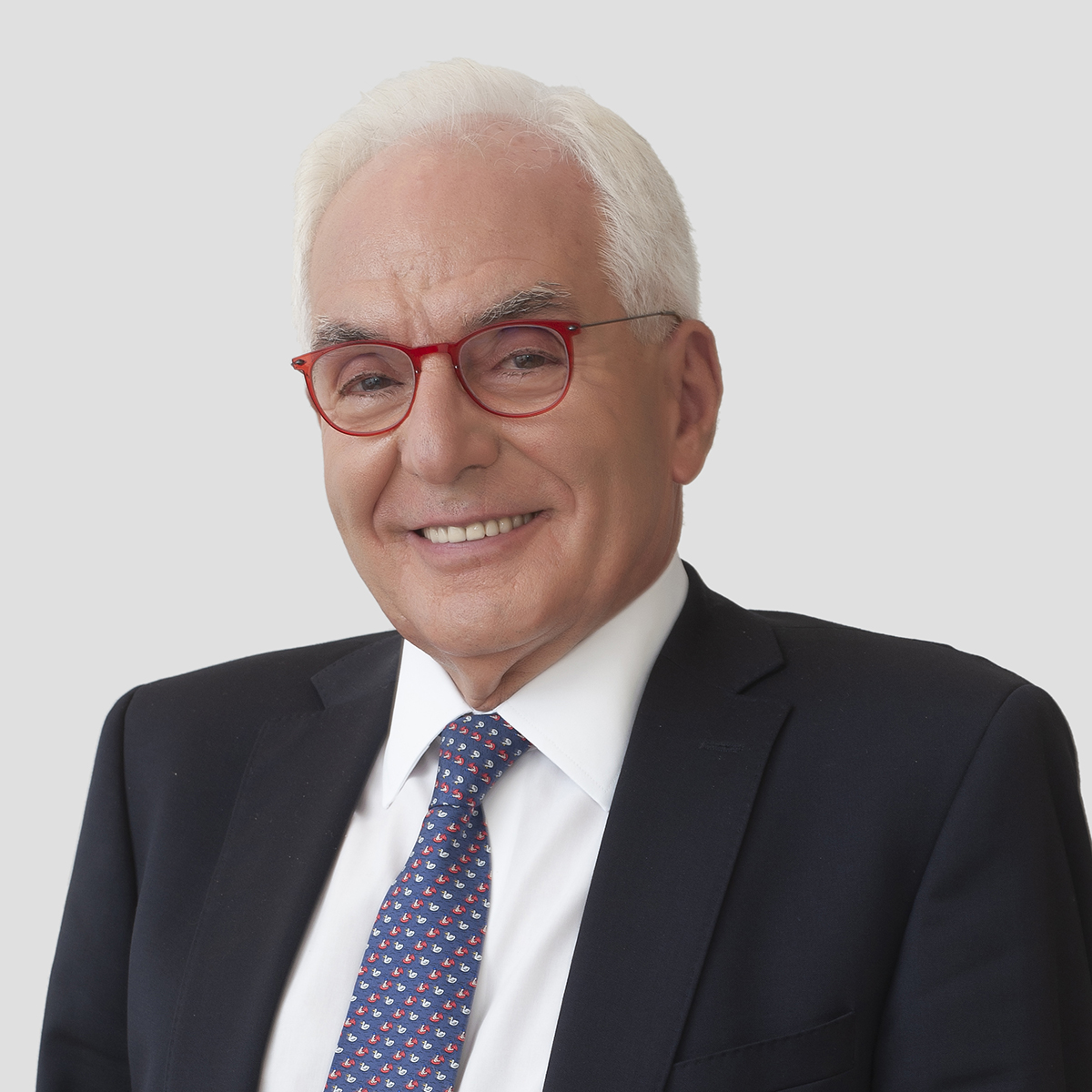 Panayotis is the Managing Partner of the Firm and a leading legal practitioner, with an active, broad-based commercial practice incorporating more than 35 years of experience in transactional, advisory and litigation work.

Panayotis is an authority in EU, competition and antitrust law and has represented clients in prominent cartel cases before the Hellenic Competition Commission. He is a senior litigator, with vast experience in all types of dispute resolution, and represents clients in complex, high stake civil and administrative actions before the high courts and arbitration boards. He has also acted as arbitrator at the International Chamber of Commerce (ICC).

Panayotis is an expert in concession projects and privatisations, with an unsurpassed track record of playing a key role in many of the pioneering, ground breaking transactions to have taken place in Greece. He advises extensively on major renewable and conventional energy and infrastructure projects and investments in energy property development companies. His real estate practice is focused on large scale developments and real property asset portfolio investments.

Within the framework of his private practice, Panayotis has acted on a number of occasions as advisor to the Government on European Union, State Aids and Privatisation issues. He also advises companies and individuals on complex tax structuring and wealth planning matters and has acted extensively in high stakes tax controversies.

Panayotis has been widely published in legal journals, books and other publications in his areas of expertise. He is a participant in the annual Forum on International Wealth Disputes.

Bernitsas Law advises both domestic and foreign clients on complex matters including offerings of debt instruments, mergers and demergers in the banking sector, non-performing loan (NPL) transactions, securitisations, financial regulation, and restructurings and insolvency. The team handles a great volume of cross-border transactions, providing industry expertise across a variety of sectors such as healthcare, telecoms and retail. ‘Leader in the field‘ Athanasia Tsene co-heads the practice, with vast experience in international financial transactions, including security and hedging arrangements. Fellow co-head Nikos Papachristopoulos has been heavily involved in the recapitalisation of the Greek systemic banks. Managing partner Panayotis Bernitsas

and counsel Dionysis Flambouras, who specialises in financing arrangements, securitisations and bond issues, are also noted.

Bernitsas Law, which acts for domestic and international clients, features prominently in high-profile merger control mandates across a wide range of industries. It is also able to assist with sector investigations, cartel and state aid cases, as well as damages actions. Notable work highlights included acting for CVC Capital Partners’ Fund VII on the EC merger filing associated with the acquisition of Ethniki Insurance from NBG. The sizeable team is led by Marina Androulakakis. Other notable contacts include the highly regarded Augustine Almyroudi

Bernitsas Law has ‘deep knowledge‘ of the corporate and M&A market, with extensive experience in advising private equity funds and international investors on the acquisition of Greek assets, in addition to handling major demergers and restructurings. The team also assists with day-to-day business issues, corporate governance, commercial contracts and regulatory compliance, with a wide-ranging client base that also includes leading domestic companies, SMEs, financial institutions and state agencies. Lambros Belessis is an expert in structuring, documenting and negotiating commercial transactions, focusing on advising international companies with a presence in Greece. He co-heads the practice with Nikos Papachristopoulos

, who is noted for his advice on acquisitions and takeovers of listed companies. Other notable contacts include managing partner Panayotis Bernitsas

and Evi Kitsou, an expert in commercial agreements and regulatory compliance.