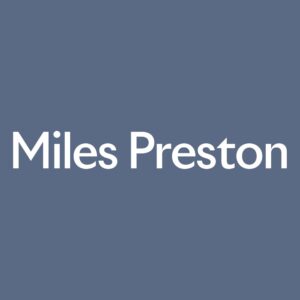 Marcus Dearle is a 26-year veteran of Withers in London and Hong Kong (1990-2016) and has over 34 years of experience acting in complex domestic and international family law cases. Marcus has specialist expertise, in particular, acting for trustees in HNW and UHNW divorce and trust cases, advising on HNW and UHNW pre- and post-nuptial agreements (PNAs) and dealing with international divorce litigation involving PNAs and trusts. He has recognised pioneering expertise in international surrogacy law and medico-legal/fertility law issues.

In addition to being admitted in England & Wales, he uniquely practises in Hong Kong family law from London. He is also admitted, but not practising in, the BVI.

Marcus acted for the corporate trustee of an offshore Guernsey trust in a major and complex divorce and trust case which went to trial in the High Court in London in 2001, and then to the Court of Appeal in 2008: Judge v Judge [2008] EWCA Civ 1458. Lord Justice Wilson in the Court of Appeal found that the trustee had, ‘adopted a stance not only properly defensive of the interests of the trust, but also both neutral as between the husband and the wife and essentially helpful to the court.’

During the 11 years he was based in Hong Kong Marcus led the family law teams acting in a number of groundbreaking international family law cases that went to the Hong Kong Court of Appeal and/or Court of Final Appeal, including the Florence Tsang case TCWF v LKKS [2014] HKEC 1593 (the largest Hong Kong divorce case), and the landmark divorce and trust, Court of Final Appeal, case of Otto Poon [2014] HKEC 1174, when he acted for the professional trustee, HSBC International Trustee Limited – a case involving a Jersey trust which the Financial Times reported as having ‘Rattled the Trust Industry’ in Hong Kong.

He also acted successfully for the financially stronger US husband in LCYP v JEK [2019] HKCFI 1588, which is now the leading PNA case in Hong Kong.

He was shortlisted as International Family Lawyer of the Year at the Lexis Nexis Family Law Awards 2018 and is on the Consultant Editorial Board of Lexis Practical Guidance in Hong Kong.

He lectures widely at international conferences and has been interviewed on international TV news networks, including by the BBC and CNN.