The Middle East is the nexus for many of the world’s largest construction projects, and as the project size increases so does the probability of a dispute. Indeed, aviation has been a key source of projects work, and it is a virtual certainty that any airport project in the region will result in a dispute.

As far as arbitral centres, key local players in the region include the Dubai International Arbitration Centre (DIAC) and the DIFC-LCIA in Dubai; while Dubai is still the primary hub in the region most states have their own venues, such as the Qatar International Centre for Conciliation and Arbitration (QICCA), the Saudi Centre For Commercial Arbitration (SCCA) in Riyadh and the Bahrain Chamber for Dispute Resolution (BCDR), which are mostly popular for local disputes.

The breakdown of relations between the UAE and Qatar has led to many disputes being held in alternative locations including Oman, London, and Singapore.

The UAE introduced a new arbitration law in 2018, based on the UNCITRAL Model Law, to replace a 1992 section in the Federal Civil Procedure Code. Also, in October 2018, the UAE Penal Code was amended to remove a provision applying criminal penalties for certain misdeeds by arbitrators (the insertion of Article 257 in October 2016 caused a degree of concern, with some seeking to use alternative venues to Dubai and many international law firms instructing their partners to resign as arbitrators). The same cannot be said about Qatar, where criminal convictions of three arbitrators in absentia in October 2018 has attracted a negative reaction from the global arbitration community. It remains to be seen if this will have an impact on the content of future arbitration clauses.

In a separate ecosystem, a number of Middle Eastern states have established free zones or financial centres with dedicated courts systems to govern a common law-based system. These have their own systems of professional registration, allowing English counsel (or independent barristers from Scotland, Ireland and Australia) to appear before the courts, as can lawyers based in the UAE. The Dubai International Financial Centre (DIFC) is the leading court, but the Abu Dhabi Global Market (ADGM) courts seeks to be serious competitor and the Qatar Financial Centre (QFC) is also notable.

‘A very approachable set with no prima donna antics’, 2TG – 2 Temple Gardens handles a mix of work in London, but some members handle work regarding DIFC employment law. Lee Tyler is the senior clerk.

3 Verulam Buildings is a ‘deeply resourced commercial set with a strong international element, including banking and arbitrations’ which ‘fields a strong team of bright, capable barristers across all levels’. Its clerking team, led by Steve Penson and Stuart Pullum, ‘form solid and pragmatic relationships, understanding the pressures solicitors are under from lay clients’.

‘Top-drawer when it comes to construction disputes,’ 4 Pump Court (Chambers of Nick Vineall QC and Sean Brannigan QC) has ‘a stable of top-quality advocates willing to roll up their sleeves and fight their client’s corner’. Carl Wall, Stuart Gibbs, and Oliver Miney are the co-senior clerks. Former chief executive Carolyn McCombe is the head of ADR and professional standards at the set.

Atkin Chambers is well known as one of London’s leading construction sets, with a workload that takes its members worldwide. Key contact in the clerks’ room include director of clerking David Barnes and senior clerk Justin Wilson.

Devereux, which among other strengths is known for employment work in London, is also active in the DIFC. Vince Plant is director of chambers.

Fountain Court Chambers is strong in international arbitration globally, handling heavyweight commercial and financial services disputes in London as well as all manner of disputes worldwide. Alex Taylor is the senior clerk.

Keating Chambers ‘leads the Bar in terms of construction law capabilities and offering’. The set, whose members handle all manner of disputes regarding megaprojects and heavyweight real estate developments, has Declan Redmond as its CEO and Rob Cowup as its deputy senior clerk. Senior practice manager James Luxmoore is a key clerking contact for its senior juniors.

Outer Temple Chambers has an eclectic range of expertise, but it is particularly relevant in the Middle East for its expertise in litigation before free zone courts. Steve Graham is chambers director, and senior clerk Matt Sale is another key contact. The set also has offices in Dubai and Abu Dhabi.

XXIV Old Buildings is known as an elite set for chancery and commercial matters in London, and its members’ expertise has been deployed in DIFC cases and international arbitrations. Chambers director Sue Medder is a key clerking contact, as are senior practice managers Daniel Wilson, James Ladbrook, and Paul Horsfield. 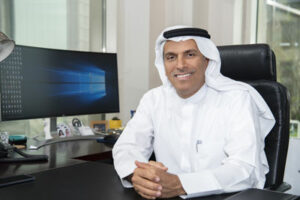 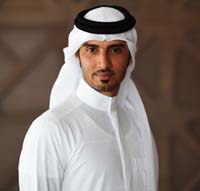 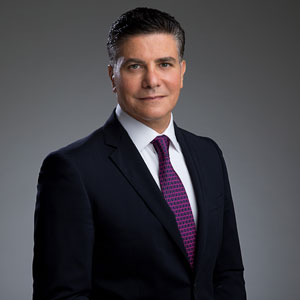