Following on from the economic turbulence and ongoing sanctions of recent years, 2018 saw the Russian government introduce long-awaited legislative initiatives, including major reforms and amendments to the tax code, as well as legislative updates in the insolvency and dispute resolution areas, particularly in commercial arbitration, among others. In a market still largely dominated by state-owned corporations and domestic entities, the increasing prevalence in the use of Russian law has seen domestic firms steadily growing in size and leading in the areas of insolvency and white-collar crime. By contrast, some international firms have seen their client base reduce with many reporting the departure of key partners to launch their own practices, including a 12-strong team departing from Akin Gump Strauss Hauer & Feld LLP’s Moscow office to independent firm Rybalkin, Gortsunyan & Partners.

Firms report that they have seen a steady interest from Asian investors, notably from China and Japan, in M&A, joint ventures and project financing matters in the oil and gas, energy, natural resources and project space. Following market liberalisation in Uzbekistan, state-owned enterprises are continuing to invest heavily and expand their operations in Central Asia; examples include the development of the Kandym–Khausak–Shady–Kungrad natural gas project by a consortium led by Lukoil and Uzbekneftegaz.

Owing to economic instability, both domestic and international firms continue to be very active in the areas of insolvency and dispute resolution, with the latter dominated by bankruptcy-related litigation in domestic courts. The New Federal Law No. 266-FZ adopted in July 2017 expanded the insolvency rules to include vicarious liability, thus widening the instruments available to creditors to recover debt and satisfy claims. Domestic firms report that they see a high-demand for their services in handling bankruptcy claims and white-collar criminal defence matters, particularly from company shareholders and high-net-worth individuals. 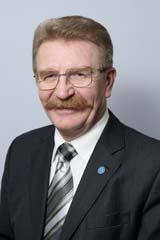