Back to United Kingdom - Solicitors

EXPERTISE Jersey Finance is the dedicated, reliable voice of the finance industry in Jersey. The organisation, while representing experts from across the IFC including from law, banking, funds, private wealth, and capital markets, also has its own in-house technical experts who represent the finance industry’s needs on legislation, regulation and innovation to enhance Jersey’s offering …

END_OF_DOCUMENT_TOKEN_TO_BE_REPLACED

Jersey remains one of the most stable and sophisticated offshore jurisdictions for wealth structuring, and owing to this reputation the island is witnessing a considerable uptick in high-value clients from the Middle East and other volatile regions seeking to establish foundations and family offices. Naturally, Jersey has not been immune to Westminster scrutiny over its financial transparency – although Jersey mains an effective register of ultimate beneficial ownership accessible by regulators when needed, calls for the establishment of a public register such as in the UK have raised a number of eyebrows. A constitutionally unprecedented proposal to compel the States of Jersey to do so by the British parliament was withdrawn by its backers; Jersey, while linked to the UK for foreign policy and a few other areas, has been self-governing for the best part of a millennium. In investment funds, the private funds market in Jersey continues to be active, with the $100bn SoftBank Vision Fund acting as very much the standard bearer, even with other offshore jurisdictions, chiefly Luxembourg, gaining market share thanks to political pressures in some jurisdictions. The International Stock Exchange’s recognition by the Securities and Exchange Commission in the United States as a "Designated Offshore Securities Market" has been viewed as the pan-Crown Dependencies exchange winning its spurs, and with its access to the quoted Eurobond exemption under UK tax law it has a number of uses for issuers; TISE also sits outside of the European Union's Market Abuse Regulation. While international contentious trust and insolvency cases remain the bread and butter for Jersey’s leading litigation practices, the island is seeing a considerable uptick in regulatory work, including anti-money laundering and data protection.  Also, the abundance of high net worth individuals domiciled in the island, often with cross-border assets and lifestyles, has led to challenging family law work, some of which serviced by boutique firms. For these reasons there is now discrete coverage of family law and of regulatory and white-collar crime matters. The ongoing development and successful letting-out of the Jersey International Finance Centre in St Helier, coupled with Jersey’s record-high office occupancy rates, stand as a testament to the island's economy as a whole.Maples Group’ return in September 2018 means that of the so-called “Offshore Magic Circle”, only Conyers and Harneys are absent; Carey Olsen, Mourant and Ogier are among the key firms by size on the island. Jersey also has a thriving collection of smaller firms equally capable of handling complex work liberated from the challenges of being a cross-jurisdictional firm: these include Ward Yates, Dickinson Gleeson and litigation boutique Baker & Partners; Voisin Law is another established Jersey-only full-service firm. 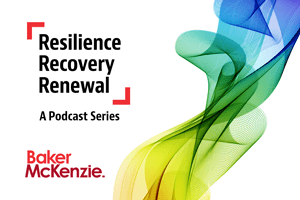