Firms in the Spotlight... DMD Advocates

DMD Advocates is a leading full-service law firm in India with focus on solutions and results through a unique holistic approach that blends its expertise and decades of experience in five core practice areas – litigation and dispute resolution, corporate, taxation (direct and indirect), regulatory,  and intellectual property rights. View Profile...

India’s national debt, and the introduction of the Insolvency and Bankruptcy Code 2016 as a means to address it, has had a ripple-effect across the country’s corporate sector. There has been a major increase in mergers and acquisitions by distressed companies seeking to avoid being dragged through recovery proceedings in the National Company Law Tribunal; a rise in rates of recovery as a result of the IBC process, helping to restore a degree of market confidence among prospective lenders; a significant downturn in project financing work as public sector banks have reduced lending to commercial entities; and a slow-down in the growth of corporate bond issuances.

However, the sea change isn’t restricted to corporate law: advocates and solicitors have been kept busy with a high volume of cases, including precedent setting judgments handed down by the Supreme Court, regarding the interpretation and enforcement of the IBC. Most prominently, the Supreme Court declared the Reserve Bank of India’s circular (issued February 2018) directing banks to automatically identify all borrowers with fund-based or non-fund-based exposure of five crore or above to ensure they are subject to time-bound resolution plans ultra vires, giving banks the power to explore extra-judicial means for rescuing insolvent companies.

Although corporate bond issuances are suffering a slow-down, the government’s recent liberalisation of foreign direct investment laws has supported a natural rise in investment in the country’s highly attractive sectors of renewable energy, real estate, and infrastructure. The country’s first publicly listed Real Estate Investment Trust and Infrastructure Investment Trust proved to be alluring for foreign and domestic investment, aided by the attractive guarantee of a 90% distribution rate that investors receive. While IPOs more broadly have also slowed down since a major surge in 2017 and 2018 – in part due to the policy uncertainty generated by the recent general election – they still represent the dominant source of activity for capital markets lawyers and participants in India, driven by the voracious appetite of private equity firms to secure a return on their investment through public offerings.

Turning to India’s judicial system, arbitration is becoming an increasingly popular means of dispute resolution, bolstered by a 2015 amendment to the Arbitration and Conciliation Act 1996, instituting a 12-month timeframe for the resolution of arbitrations once the arbitral tribunal is constituted. Given that India’s courts are overrun, with tens of thousands of cases pending in the Supreme Court alone, the growth in arbitration as a method of dispute resolution represents a critical shift in the legal landscape.

In terms of litigation, a recent amendment to the Commercial Courts Act 2015 has been met with serious concern. The amendment reduces the threshold for bringing claims from 1 crore to 3 lakhs, with the intention to give less affluent citizens access to the courts. However, opening up access to a wider section of the public in such a densely populated country creates the risk that the commercial courts, established to be a more effective method of resolving disputes between commercial clients, will become overrun. Across the vast state of Karnataka there are only three courts with judges designated to resolve commercial disputes, meaning the list of pending cases is bound to grow and many applicants will be required to travel long distances to pursue their claims.

Although there is a backlog of disputes in India, there have been several landmark judgments issued by the Supreme Court. In the case of Ret’d Justice K.S. Puttaswamy vs. Union of India (2018) the court upheld, by a majority of 4:1, the Aadhaar Act as constitutional but struck down several provisions, most prominently the section of the act making it mandatory to subscribe to the Aadhaar Programme to receive government benefits; in Navtej Singh Johar vs. Union of India (2018), the five judge bench struck down section 377 of the Indian Penal Code insofar as it criminalises consensual sex in same-sex relationships, finding it to be discriminatory in nature.

Data extracted from The Legal 500 Client Service Survey. Hover over data points to reveal number of Legal 500 firm rankings for this jurisdiction. All firm scores on display are above the Global Benchmark score for this criteria. 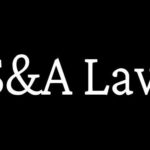