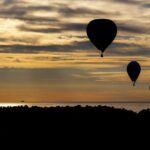 END_OF_DOCUMENT_TOKEN_TO_BE_REPLACED

Ostermann & Partners is one of the leading independent Croatian full-service firms. Our team consists of committed, solution-oriented and globally minded individuals, some of whom have completed postgraduate studies at the most prestigious international universities abroad. View Profile...

Croatia continues to enjoy steady but unspectacular economic growth, with GDP rising at approximately 3% over the past three years. The country’s membership to the European Union in 2013 has certainly had a positive impact on its finances, with exports boosted from below 40% of GDP before 2008 to above 50% in 2018. Tourism continues to drive this upward trajectory with the country’s golden coastline, myriad small islands and temperate climate a magnet for holidaymakers from across the globe. The country has also successfully weathered a potentially devastating economic episode following the insolvency of retail giant Agrokor. Given the sheer size of the company, and its importance to the economy as a whole (approximately 60,000 people are directly employed by the food and retail conglomerate throughout the Balkans, and with its €6.5bn annual revenues equivalent to roughly 15% of Croatia’s GDP), its ongoing survival was vital to ensuring the avoidance of potentially disastrous knock-on effects. Although of course there has been some casualties along the way, in the main the restructuring has been successfully implemented with the largest creditors, including Russia’s Sberbank, taking ownership of the renamed company Fortenova Group through a debt-for-equity swap.

Although relatively established (given the youthfulness of Croatia as a country) full-service firms including Divjak, Topic & Bahtijarevic, Žuric i Partneri and Šavorić & Partners continue to perform well in the market, the dynamics are shifting somewhat with a whole host of new firms established in the last couple of years – formed by junior partners and high-level associates at some of these aforementioned larger firms looking to go it alone. Firms such as Law Office Žarkovic and Batarelo Dvojkovic Vuchetich Law Firm LLP have recently been established and are part of a new breed of law firm in the country, including other slightly more established but still young firms including KOVACEVIC PRPIC SIMEUNOVIC LLC, which continue to make waves in the market and  are challenging the status quo. Notably, at the tail end of 2019 The Law Office Krehic & Stanicic merged with Orešković & Partners Law Firm to add further strength and personnel to Deloitte Legal’s presence in Croatia – with the new firm operating as Krehic & Partners Law Firm in cooperation with Deloitte Legal .