Firms in the Spotlight... CCPIT Patent and Trademark Law Office

CCPIT PATENT AND TRADEMARK LAW OFFICE is the oldest and one of the largest full-service intellectual property law firms in China. Our firm has 322 patent and trademark attorneys, among whom 93 are qualified as attorneys-at-law. We provide consultation, prosecution, mediation, administrative enforcement and litigation services relating to patents, trademarks, copyrights, domain names, trade secrets, trade …

END_OF_DOCUMENT_TOKEN_TO_BE_REPLACED

Since establishment in 1994, Kangxin has grown into a leader among IP law firms in China, with five offices globally located in Beijing, Xi’an, Japan, Germany and the United States. The firm’s client base is not only within China but on an international scale. Moreover, the broad range of clients includes start-ups, well-known domestic entities, …

END_OF_DOCUMENT_TOKEN_TO_BE_REPLACED

Firms in the Spotlight... CCPIT Patent and Trademark Law Office

CCPIT Patent and Trademark Law Office is the oldest and one of the largest full-service intellectual property law firms in China. Our firm has more than 320 patent and trademark attorneys. View Profile...

Firms in the Spotlight... Dentons China 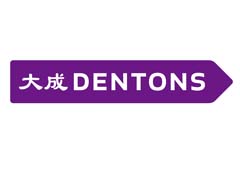 As a global leading law firm, Dentons is committed to delivering professional, comprehensive, quality and efficient legal services for clients in more than 180 locations (for more information, please visit www.dentons.com). Dentons’ China region consists of 46 offices, spanning all of the nation’s provinces and autonomous regions. It was formed through the 2015 combination of …

END_OF_DOCUMENT_TOKEN_TO_BE_REPLACED

The growth level for China’s economy dipped to 6.2% in the second quarter of 2019, its currency sank to an 11-year low in August 2019, and Chinese investment levels in the US have been drastically reduced as a result of the country’s ongoing trade war with the US and the latter’s national security fears over China.

The Belt and Road Initiative has also experienced reduced activity levels. The initiative is a global development and infrastructure strategy adopted by the Chinese government that aims to connect Asia with Africa and Europe, via land and maritime networks. Particular infrastructure sectors of focus have been power, rail and ports, as well as business areas such as real estate, consumer markets and financial services.

The story has not been much brighter on the inbound side, with overseas interest in Chinese companies also dropping when compared with the previous year. However, looking ahead, it is hoped that the new Foreign Investment Law, which will come into force in 2020, will again open up China to foreign business. It will govern the activities of individual foreign investors and foreign-invested enterprises, and promises to create a market environment of stability, transparency, predictability and fair competition for foreign investors.

PRC firms continue to expand domestically and in the region. Fangda Partners showed its dedication to the market with a series of recruitment including hiring capital markets specialist Christine Chen from King & Wood Mallesons, five corporate partners including Colette Pan, Grace Yu and Jian Fang from Linklaters, Yi Chen and Siyuan Pan from Morrison & Foerster LLP and White & Case LLP respectively, as well as regulatory specialist Jason Ma from JunHe LLP and counsel Gil Zhang from an in-house role.

King & Wood Mallesons‘ banking and finance department was joined by a team from JunZeJun Law Offices, which included securitisation and structured finance expert Le Zhang and Ke Song, who has experience in asset securitisation. Jingtian & Gongcheng significantly strengthened its M&A and private equity offering when it hired seven partners, including Victor Wang and James Wang from AllBright Law Offices, and added five partners in its Hong Kong office as a result of a merger with L&C Legal LLP.

Significant news for the legal market on the foreign firms’ side in 2019 saw Herbert Smith Freehills LLP add local law capabilities in mainland China, following the Shanghai Bureau of Justice’s approval of its joint operation with Kewei Law Firm. In January 2020, Allen & Overy LLP became the latest international law firm to form a formal alliance with a local practice. The firm has become one of only seven international firms permitted to integrate China law advice with international legal services through the Shanghai Free Trade Zone’s joint operation model.