The firm: Fellner Wratzfeld & Partners (fwp) was founded in 1999 by Markus Fellner and Kurt Wratzfeld as a law firm advising companies in all legal matters. Since then fwp has grown significantly. With a team totalling more than 120 employees, including more than 60 lawyers, fwp is one of Austria’s top business law firms.

Lugger | Bankler is a modern, independent Austrian business law firm. The firm provides clients with personal, individual and efficient legal advice to the highest professional standards. The firm advises national and international commercial entities, as well as public institutions in the areas of business and commercial law. It also advises private clients on commercial …

END_OF_DOCUMENT_TOKEN_TO_BE_REPLACED

Last year's economic trend is continuing into 2018: in light of Austria's robust economy, local firms continue to receive a steady flow of transactional mandates, particularly in the real estate and technology sectors, as well as private equity-related instructions; a market segment that is not yet fully established in Austria. In the transactional space, the country benefits from its position in the geographical centre of the continent, allowing local firms with strong CEE and SEE ties to act as a regional coordinator. Favourable lending conditions gave the market a further boost; however, the outlook for the future remains cautious as many market players predict a change in market conditions following an expected rise in interest rates. This would potentially lead to an increased workload for restructuring and insolvency practices, which have had a relatively quiet year with only a few significant cases on the table such as the insolvency of Air Berlin subsidiary Niki and Steinhoff's sale of the Austrian operating company of furniture retailer Kika-Leiner to Signa to avert insolvency. Alongside a strong M&A market, Austria has also seen its largest ever IPO with Bawag's listing on the Vienna Stock Exchange in October 2017, which raised approximately €1.9bn. As another consequence of the strong investor market, firms have seen regular instructions on various construction projects and subsequent disputes; firms generally reported an uptick in contentious work, which, due to the expensive nature of litigation and the fact that court fees are not capped in Austria, is increasingly dealt with before arbitral tribunals. 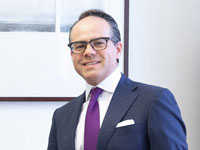